Celebrating the Holiday Spirit of Travel... at Home

About · about Culture & History
Here we are at the holidays at last. It’s been a year of challenges and disappointments, with canceled or postponed trips that normally give us the relaxation, escape from the everyday… and something to look forward to.
But the holiday spirit of travel is still out there to lift our spirits this season and give us inspiration for travels to come.
We’ve assembled some of the best seasonal experiences you can enjoy at home this year, and even share virtually with friends and loved ones.

Long before Toy Story, the ballet with Tchaikovsky’s memorable score and a magical story line in the Land of the Sweets that has toys and treats and mice coming to life in exquisite choreography was entrenched as a global holiday phenomenon. Even people who aren’t interested in ballet make it a must-do holiday event. It’s most children’s first – and only – exposure to classical dance, and has inspired many a budding ballerina. 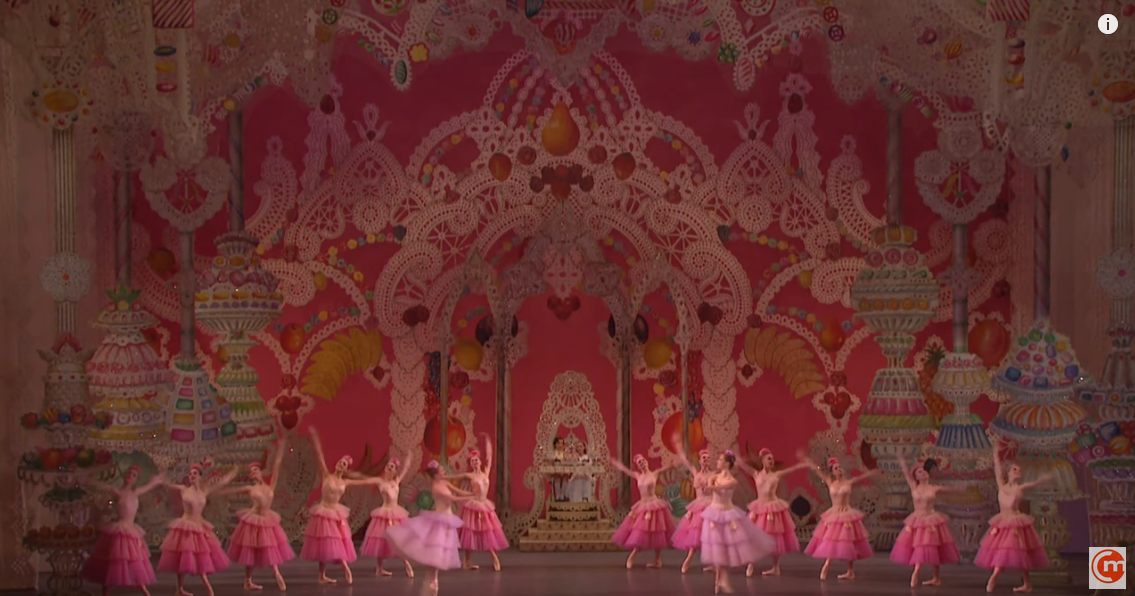 Screen capture from clip of George Balanchine’s The Nutcracker - New York City Ballet. WATCH IT HERE.
With cultural institutions struggling even before COVID, The Nutcracker has become essential to the survival of local ballet companies. For some, holiday performances of The Nutcracker represent as much as 75% of their annual revenues!
This year, almost all productions have been cancelled due to COVID. But the show must go on. Across the country and around the world, ballet companies are offering streaming versions of their performances to replace live stage productions. Some even include additional, virtual experiences.
Ideal to curl up and watch – together or virtually – with the young ones in your life, here’s a list of US-based ballet companies you can support by buying tickets to their streamed performances.
Canada’s National Ballet has partnered with Cineplex to present an acclaimed version filmed in 2008 featuring principal dancers Sonia Rodriguez and Piotr Stanczyk as the Sugar Plum Fairy and Peter/the Nutcracker, along with 233 performers including 50 dancers, 98 children from Canada’s National Ballet School and high schools from across Toronto, 65 musicians and 20 singers from the VIVA! Youth Singers of Toronto.
The production will be screened at more than 50 theatres across Canada where theaters are still open, or you can stream it online through the Cineplex Store until Jan. 2.
Too hip for ballet?
Don’t miss The Hip Hop Nutcracker – a holiday mash up for cool kids of any age. Set to Tchaikovsky’s classic score, it’s a spellbinding contemporary dance spectacle with a cast of a dozen all-star dancers, a DJ, a violinist, and MC Kurtis Blow, one of hip hopʼs founding fathers, re-telling the lessons of love and the holiday season against a modern, urban backdrop.

KICK IT WITH THE ROCKETTES

Another staple of holiday season trips to New York, The Rockettes’ Radio City Christmas Spectacular has also been canceled. 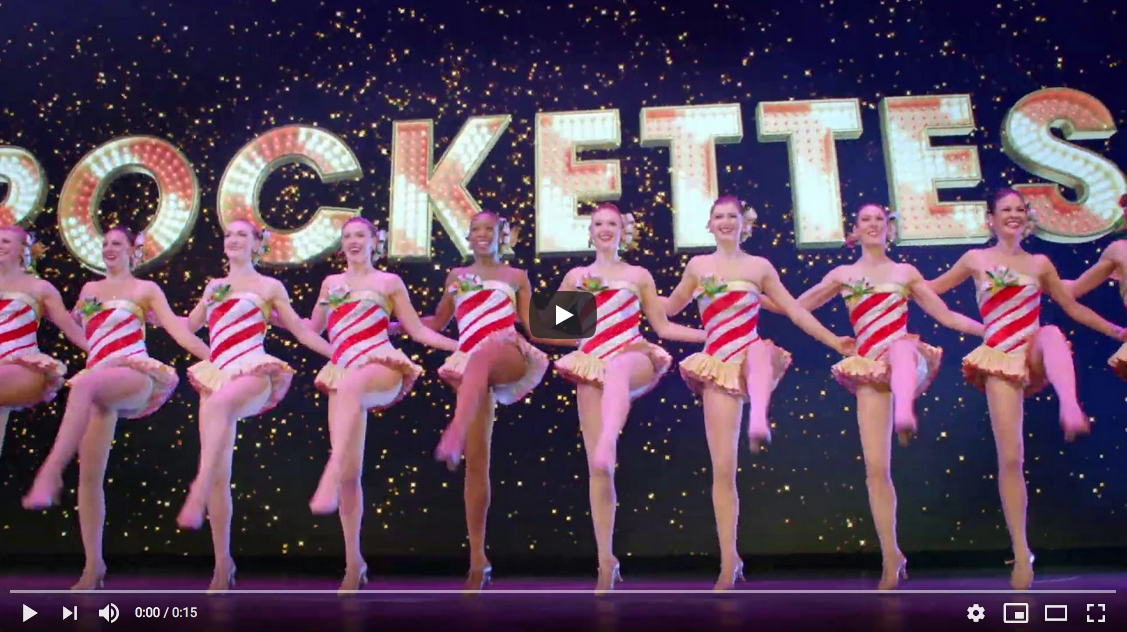 (Screen capture from Promo for 2019’s Christmas Spectacular Starring The Radio City Rockettes; WATCH IT HERE.)
Well, you can’t keep The Rockettes down. They’ve decided to offer free, virtual dance classes to keep spirits up, share some of the secrets of their famous, leggy moves and dance numbers like the 'Parade of the Wooden Soldiers'… and even help you work off some of those COVID/ Christmas extra pounds.
The 50-60-minute classes are on The Rockettes’ Instagram Live weekly through to December 23rd, but will also be posted on their Instagram and Facebook pages if you miss the live class.

Andrea Bocelli’s Easter concert “Music for Hope” performance from Milan’s Duomo drew nearly 3 million simultaneous viewers, setting a record for classical performance on YouTube. Made available afterwards, it has now been viewed over 40 million times.
The world’s beloved Italian tenor is hoping to lift up the world’s spirits again at Christmas. “Believe in Christmas” will be live streamed from Parma’s stunning opera house Teatro Regio di Parma, modeled after La Scala, on December 12th.
The performance will include full-orchestra accompaniment to Christmas favorites and songs from the tenor’s latest album, 'Believe'. Surprise guest performances have also been teased.

Screen capture from Andrea Bocelli – Believe – Official Album Trailer. WATCH IT HERE.
Unlike his free Easter performance, Bocelli’s “Believe in Christmas” is only available on a single day, with tickets available at Ticketmaster.

Santa may be the ultimate Christmas traveler these days, logging more miles than anyone - and we know even COVID won’t slow Santa down!
As it has for over 60 years, the joint Canada/US North American Aerospace Defense Command (NORAD) and its US predecessor, have tracked Santa’s ‘flight’. It has become the ‘official’ source of Santa’s current position around the world. 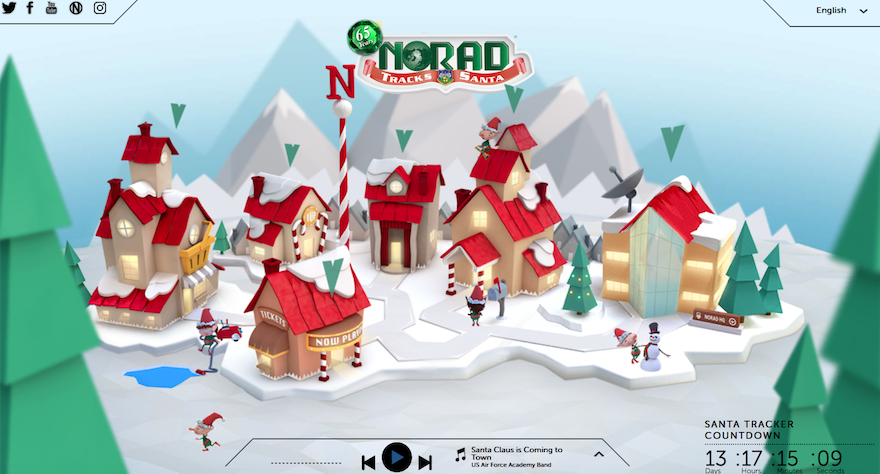 Screen Capture from https://www.noradsanta.org/
It all began with a mistake: a local Colorado store ad misprinting the phone number for children to call Santa. It was actually the number of the Commander-in-Chief of NORAD’s predecessor’s hotline. In full Christmas spirit, Colonel Harry Shoup ran with it, having his staff ‘check the radar’ for Santa’s current position, and relaying the information to children who called.
The tradition continues today, with NORAD staff, family and friends volunteering to reply to calls and emails from children around the world.
Perfect for a shared screen video call with the special children in your life, you can go to NORAD’s online Santa tracker and follow his magical Christmas Eve journey together.

Wishing you the very best of the holiday season, and a joyful, better year to come, when we can all travel again.

Copyright BestTrip.TV/Influence Entertainment Group Inc or Rights Holder. All rights reserved. You are welcome to share this material from this page, but it may not be published, broadcast, rewritten or redistributed